Posted on February 26, 2015 by wakingofthebear

“To blog or not to blog, that is the question – Whether ’tis nobler in the mind to suffer through writing a bunch of meaningless dribble…” OK, so I took some liberty with that quote from Billy Shakespeare, but you get the point. That pointing being that I have not posted on my blog for some time. Twenty days, to be exact. Another misquote may be appropriate here, “The rumors of my death have been greatly exaggerated.” (Look it up) 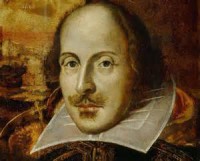 It’s not that I don’t want to communicate with you, my faithful followers, it’s just that sometimes I don’t feel I have a topic worthy of your time. Speaking of followers. Did you know that my blog has a registered total of 160 followers, and yet my posts average between 15 and 25 views? Now, I realize I am “preaching to the choir,” and I truly appreciate your indulgence and your loyalty, but I don’t know which followers those views belong to, unless you click on “Like” or leave a comment. I do wonder from time to time how WordPress defines “Follower.”

I thought about writing a post the other day regarding what I thought were the obvious absurdities observed during the Academy Awards Show. I was going to point out how outrageous it was to allow Lady Gaga, the singing clown, to present her version of songs from “The Sound of Music.” In my mind, even though she is a good singer, she was the exact wrong person to sing songs from a show that is the epitome of simplicity and innocence. I thought Julie Andrews showed what a class act she is, as she graciously acknowledged the performance. Such restraint!

I was also going to rant about celebrities using that venue for political agendas. I especially  took offense to Common’s statement about “mass incarcerations,” without including a statement regarding the mass crimes associated with those incarcerations. Or how about Patricia Arquette making a plea for equal pay for women, while Meryl Streep, Jennifer Lopez, and Oprah were cheering and applauding in the audience. Do you see the irony?

But after reading the rave reviews of those performances and speeches, I decided I must be dead wrong, and would be chastised severely for my stupidity. So, I decided not to say anything at all. Oops!

Well, I feel better now. Since I started with the Bard, I shall end with him as well. I can think of no better company. Perhaps all my concern over blogger’s block was just “Much Ado About Nothing.”