Since I have not posted a rant lately about things that bug me, I thought this might be the right time and the right topic. The question to be answered is, “Why do some people put themselves in situations where they are destined to fail, and where their failure impacts other people?” The settings for this rant are classes at the John C. Campbell Folk School. 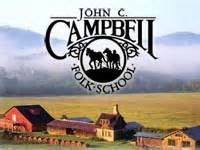 As I have discussed before, my wife and I love to go to the Folk School, where the Appalachian landscape, the home cooked food, and the opportunities to learn new skills (or expand old skills) are in abundance. It is a week of challenge, reflection, and community.

In any given week, there are a wide variety of classes from which to chose. The catalog, which is published two times each year, gives brief, informative descriptions of each class offered. These descriptions often contain language that should discourage a rank beginner from signing up for an intermediate or advanced class. You can probably see where this is going, but I’m going there anyway.

We have just returned from a week at the school, where we both encountered examples of the afore mentioned problem in the classes we were taking. My wife was taking a class entitled “Beyond the Basics – Bump Up Those Beads.”  In addition to the implications in the title, there is a statement in the description that says, “Some torch experience is advised.”

You guessed it. There was one lady in the class who did not have enough torch experience to be in the class. Plus the fact she was an idiot. She could not, or would not follow instructions, and actually became an instrument of possible danger. This is a class that has burning torches and molten glass. See the problem?

In my class, entitled “Continuing Bluegrass Banjo,” there were two folks who were completely lost from the get-go. The description states that participants should be level 2 (continuing) and 3 (intermediate). The instructor had to spend an inordinate amount of time with those two, just to keep them somewhat satisfied. 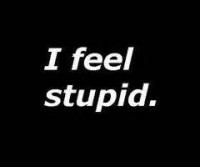 There is no screening mechanism at the school. If a person sends in an application and the required fees, they are placed in the class, no questions asked. The school just assumes the person has sense enough to know whether or not they fit the description. Well, you know what they say happens when you assume. 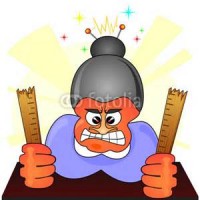 That, of course, puts an enormous strain on the instructor. Not only does it effect the instructor, it slows the process to a point where the other class members suffer. It just isn’t fair. There are beginning classes in most all the categories offered at different times during the year, where a person can begin to acquire the skills necessary to progress to higher level classes.

In spite of these inappropriate classmates, both of us came away satisfied that we had learned skills that we didn’t have before. But how much more could we have learned if everyone in  the class was “up to speed” at the beginning of the week?

I still highly recommend the John C. Campbell Folk School to anyone who is interested in learning. You can get a free catalog by going to their site http://www.FolkSchool.org.