Posted on February 18, 2014 by wakingofthebear

I enjoy watching the winter olympics. I appreciate the thrill of the down hill skiing events; the grace and beauty of the figure skating; the athleticism of the participants; the skill of the drivers in the skeleton, luge, and bobsled events; the aggressiveness of the short track; the unpredictability of the half-pipe and the slope style; the years of sacrifice and dedicated training that has prefaced each appearance; and the stories that are presented by the media about some of the more prominent athletes. All in all it is an entertaining event. 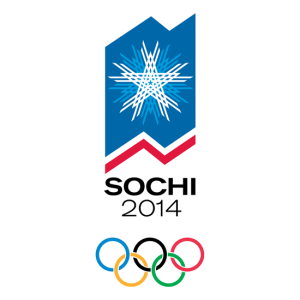 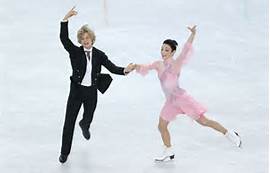 However, on Sunday night, that enjoyment ended as I watched the interview with Bode Miller after he had tied for third place in the Super G. I was appalled. I have mixed feelings about Bode and several other athletes who have “had their successful run”, and should probably hang up their skis, skates, snowboards, sleds, etc. On the one hand I greatly admire their tenacity and desire to keep going at their age, but on the other hand I wonder if it might be better if they would step aside and let some of the younger athletes take the spotlight. But I also wonder if they are even capable of engaging any other life. But what happened to Bode during this particular interview was despicable.

Last year Bode lost his younger brother in a tragic set of circumstances. The NBC interviewer, Christin Cooper, asked him about his emotional state as it related to his race. She didn’t ask just once. She kept pressing the issue until he finally broke down in tears. She achieved the prize – tears on camera. I hope she was proud of herself. What an  embarrassing moment that was. There has been a huge outcry against the interviewer and NBC regarding this interview. A story on MSN News said, “Richard Sondomir of the New York Times called it ‘overkill’, Kami Mattioli of the Sporting News said Cooper ‘repeatedly badgered’ Miller, and AP’s David Bauder called it ‘a shameful spectacle.’ ” I agree completely with each of these assessments.

In response to this criticism, NBC issued a statement saying, “We understand how some viewers thought the line of questioning went too far, but it was our judgement that his answers were a necessary part of the story.” Really?!!! The fact that this interview happened several hours before it was aired, shows, in my opinion, a total lack of good judgement on the part of NBC about whether or not to air the whole interview, including the continued camera shot of Bode crumpled next to the fence in tears.

If this were an isolated incident of media sensationalism, I might not feel a need to vent, but this sort of thing happens every day, in every city, on every TV station in the United States. This is a trend – exploiting people’s grief for a story. Why do they think  we want to see tears and anguish on our TV sets? Once again, I am inclined to quote a portion of the lyrics to one of my favorite songs. This song belongs to Martina McBride and is titled “For These Times”:

Grieving should be private. Why people who have just lost a loved one to a tragic event, feel the need to give an interview to some TV reporter is beyond my comprehension. Perhaps there is remuneration involved, I don’t know. It is also a mystery to me why Bode didn’t stop the interview and just walk away. I do know that the media loves to show this type of in-your-face interview, and the station that gets there first can say “You saw it here first, ” as if that’s a feather in their cap. Shame on you!

My response on Sunday night (and any other time I am accidentally watching the news when such an interview comes on) was, “PLEASE STOP!!!”